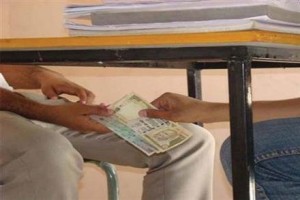 Two police officers were suspended in Ranchi after noted economist Jean Dreze complained against them for seeking bribe and harassing him, police said today.

According to the police, Sub-Inspector B.N. Singh and Assistant Sub-Inspector Suresh Thakur, were suspended on the complaint of Dreze.

Dreze had complained to the Deputy Commissioner of Ranchi against both policemen alleging that they sought bribe of Rs.500 from him.

Dreze had reportedly taken a bike on December 13 from a colleague for personal use and parked it at Ranchi University campus which went missing.