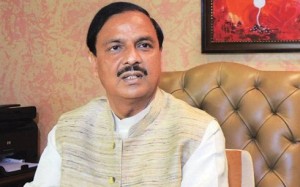 Union Culture Minister Mahesh Sharma today said in Lok Sabha that 24 monuments have been declared “untraceable” by the Archaeological Survey of India.

Of these, 11 monuments are in Uttar Pradesh, two each in Haryana, Delhi, Maharashtra, and Rajasthan, while one each in Assam, Arunachal Pradesh, Uttarakhand, Madhya Pradesh and West Bengal.

“24 monuments are missing/untraceable,” Sharma said in a written reply in Lok Sabha.

He said a CAG report of 2013 had stated that 92 protected monuments were missing.