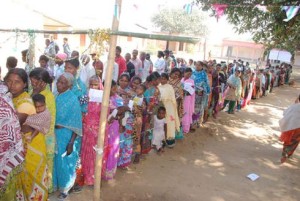 *Lohardaga Assembly by poll was necessitÄted by the conviction of the ruling BJP’s ally All Jharkhand Students Union’s MLA Kamal Kishore Bhagat in an attempt to murder case.