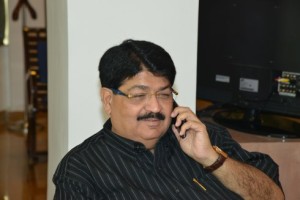 The Ministry of Minority Affairs, Government of India, has identified 66 Minority Concentrated Towns (MCTs) from 11 States of the country for implementation of Multi-sectorial Developmental Program (MsDP).

From Jharkhand, four towns have been identified as MCTs. They are Giridih in Giridih District and Bhuli, Jharia and Jorapokhar towns of Dhanbad District.

The Minister of State for Minority Affairs,Mukhtar Abbas Naqvi informed Rajya Sabha in response to questions on this subject from the Rajya Sabha Member Mr. Parimal Nathwani.

The Minister stated that under the Prime Minister’s new 15 Point Program, with a view to enhance opportunities for education and ensure equitable share for minorities in economic activities as well as employment through existing and new schemes, enhancing credit support for self-employment and recruitments in State and Central Government jobs; the Government has undertaken various initiatives for the welfare of the minorities.

The Minister also stated that the development deficits of 90 Minority Concentration Districts (MCDs) in the country are to be filled up by improving socio-economic parameters and basic amenities for improving the quality of life of the people belonging to the minority communities.

The level of deprivation indicated that some of these districts had basic amenities parameters ranging from 3.7% to 6.9% when the national average was 41.7%, the Minister added. He also stated that Towns/Cities with a minimum of 25% minority population having both
socio-economic and basic amenities parameters below national average, have been identified as Minority Concentration Towns/Cities for the implementation of the programme.

The Minister further stated that the Minority Welfare Schemes are implemented either exclusively by various Ministries/ Departments of the Central Government or by earmarking of 15 percent of overall physical/ financial target under the particular scheme for the welfare of the minorities.

The various schemes relate to education enhancement, equitable share for minorities in economic activities, improving living conditions of minorities and bringing about communal harmony and preventing violence. Nai Roshni, Hamari Dharohar, Protection of Waqf Monuments, Setting up of National Data Bank (NDB), etc are some of other schemes for welfare of minorities; the statement added.