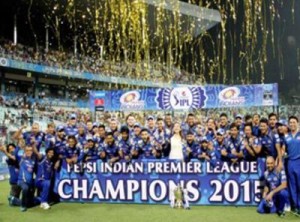 The Indian Premier League Governing Council after its meeting in Delhi announced Pune and Rajkot as the new franchises, replacing the banned Chennai Super Kings and Rajasthan Royals for a period of two years.

The Pune franchise was bought by Kolkata-based business tycoon Sanjiv Goenka’s company New Rising, while the Rajkot bid was won by Intex Mobiles.

While Goenka will give Rs 10 crore per year to the BCCI, Intex Mobiles will pay Rs 16 crore for the two-year deal.