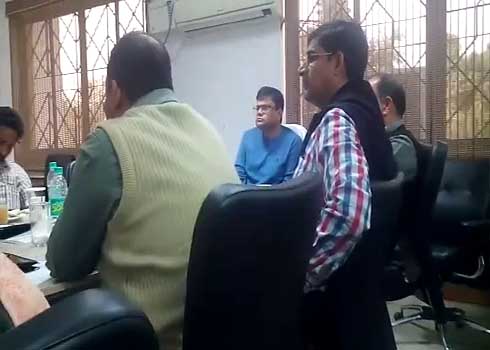 The state government has decided to provide accredition card to eligible media persons in Jharkhand.

This decision was taken in a meeting presided by Principal Secretary,Information and Public Relations(IPRD) Department,Sanjay Kumar in Ranchi today.

As per the decision,the accredition card will be issued by the IPRD to the media person whose application will be forwarded by the Editor and also those press person who had in actively involved in journalism.

The decision was also taken to hold a meeting on December 12 when the decision to provide accredition cards will be decided over applications received online or in the form of paper by the IPRD.

The IPRD was authorised to enquire into the bonafide of the applicant and refer the applications to the committee by December 8,2015 to enable it to take decision over them.