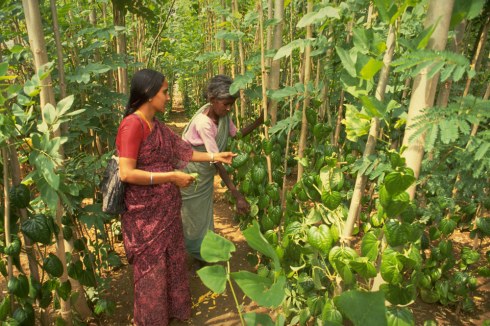 The disposal of these forest produces requires consent of the Deaprtment within 15 days. Das said that maximum community participation should be ensured in Campa Scheme of the Central Govt.

“Trees will be planted on govt. institutions, schools & colleges”,said the CM adding that the people should get proper rate of kendu leaves & other forest produces.

Laying emphasis on skill development & employment generation, Das said that the Project Tiger Director Rajesh Gopal should be consulted for a wider scheme for tiger preservation at Palamu & work at Birbal Sahani Park should be initiated for fossils conservation.

The CM also directed to manage & beautify other parks including Deer Park at Khunti.He advised the concerned officers to make schemes so that people can get proper rate of Lac.

Since he came to learn through the officers of the department that the department has been allotted Rs. 256.73 crore out of which, 70.15 crore rupees has been expensed,the CM told them that there are 102 nurseries of 1 hectare with 1 lac plants in each.

The Department has targeted to plant 269 lac plants in the financial year 2015-16. Forest management, amenities, eco-tourism, forest area limitation & digitalization of records were discussed at large. The forest area is also being surveyed by GPS mapping & conserved through posting pillars.