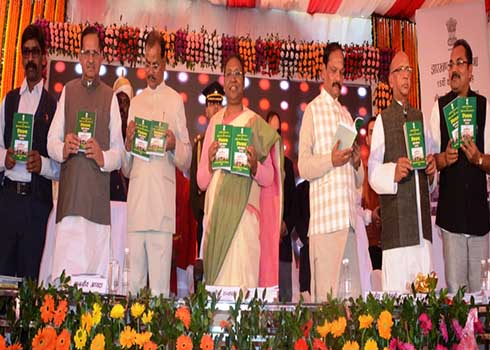 “Discussion should be held on the people’s problems as well as the problems of the State.There should be criticism,but the criticism should be constructive.Because constructive criticism works as path maker”,said Jharkhand Chief Minister Raghuvar Das while addressing the 15th foundation function of the Jharkhand Assembly inside the Assembly premise in Ranchi today.

The function was addressed by many speakers including Jharkhand Governor Draupadi Murmu.Apart from talking about the importance and significance of the Assembly and its MLAs in democracy,Das informed that the process to construct new building of the Assembly had taken off and the tender seeking application for its construction was already published.He expressed hope that its construction will be complete by 2018.

During the function marked by publication and release of its journal-60th edition of Udaan-under the title-‘Jharkhand Vidhan Sabha Ka Udvao and Vikas’-the CM handed over awards to three  staff- Amit Kumar,Assistant;Priyadarshan Manjhi,Driver;and Chandan Honhoga,Anushevak of the Assembly for their meritorious service.