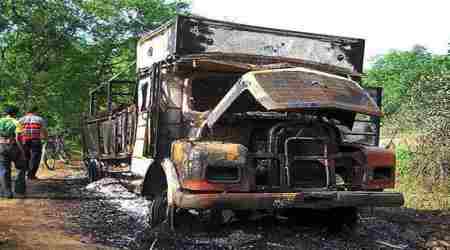 Around 30 armed Maoists intercepted the mineral-laden dumpers and told the drivers to get down before they set the vehicles aflame near Kolbonga village in the Saranda forest range under Manohapur police station last night, added the police.

The mineral were being transported from Chiria mine owned by SAIL. Security forces have reached the spot and launched a combing operation to trace the Maoists.