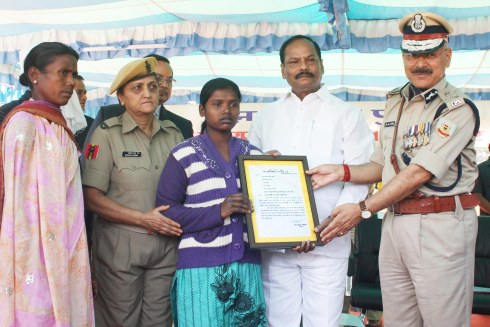 Jharkhand Chief Minister Raghubar Das today handed over a letter of appointment to a former woman Maoist in Ranchi.

The appointment letter was handed over to the ex Maoist Balmuni by the CM in presence of the DGP DK Pandey on the eve of 16th foundation at JAP-1 in Ranchi on Saturday.

Balmuni had surrendered before the security forces.After her surrender,she had reportedly provided ‘several information’ connected with the Maoists.