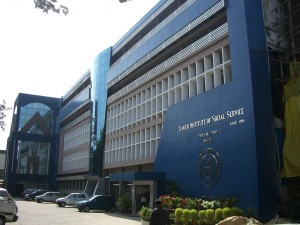 Xavier’s Institute of Social Service this year is celebrating its 60 years of continued excellence. The diamond jubilee celebrations have already begun with the start of this academic session and various events involving the alumni have been an Integral part of it.

Confluence, which is the main highlight of the celebration, will be a two-day event to be held on November 6-7.

According to Assistant Director, Father Ranjit Toppo S.J, through this event, the institute is trying to bring together its most important stakeholders, the alumni.

The prime attraction of Confluence would be the Chaupals. The alumni have an emotional connect with the institute because of its social field work and rural camps. Keeping this in perspective, the theme of Chaupals would be a rustic ambience but the topics discussed would be contemporary.

The day 1 of the event would begin with a mass and would be followed by a Flipcarbon drive for XISS. Around 200 people would go on a bike rally to XIPT which would then be followed by a cricket match. The Inaugural ceremony would start at 5:30, and will be graced by the presence of the CM of Jharkhand, Mr. Raghubar Das and the guest of honour Mr. M.K.Mishra, Vice-Chancellor of B.I.T.Mesra.

XISS since its inception in 1955 has approximately 8000 alumni who have achieved great positions in various organizations. It has always strived to be not just an academic centre but also a development centre, and this is visible from the milieu of achievements that our alumni have achieved. This alumni get-together is a proud moment for the organization but is also a chance for opportunities.

According to Professor M.H. Ansari, Head of Department, Rural Management, ”This is not just an event of happiness but a medium to develop a roadmap and discuss the future prospects for XISS.”