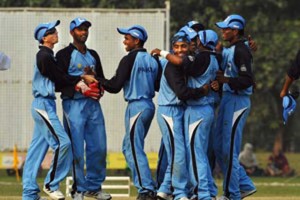 For the first time, Jharkhand has been selected to organise the East Zone tournament under the banner of CABJ.

Five teams are participating in this tournament, namely West Bengal, Odisha, Tripura,Bihar and Jharkhand. The teams will be playing 20 over match with each another to qualify for the final match.

The objective of organising the Zonal championship is to provide opportunity to teams from eastern states of the country to gear up themselves for fourth coming National tournaments 2015 at New Delhi.