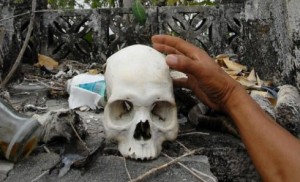 Four members of a family were allegedly killed by two brothers on the suspicion of practising witchcraft at Sosokada Tola in Seraikela-Kharswan district of Jharkhand, police said today.

Shyamlal Munda and his brother Ram Singh Munda entered the victims’ house and killed four members of the family on Saturday night, said the police.

The accused claimed that the one-year-old son of Shyamlal died on Saturday because of black magic practised by the family.

Both the accused surrendered with the weapon to the village chowkidar today, said the police.