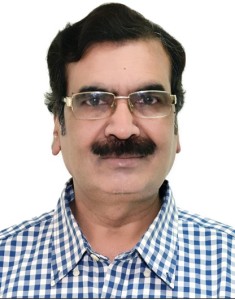 Sudhir Prasad,Jharkhand cadre IAS officer batch,who was selected by IIT,Kanpur to award him its prestigious Aluminus Award 2015 on November 2,2015,has a fairy tale story.

Doing primary education from a village school(Path Shala) in rural area of Bihar, Prasad,he did B. Tech from IIT Kanpur in 1979 in Mechanical Engineering.Soon,he joined the Indian Administrative Service (IAS) in 1981, after a brief tenure of service in Steel Authority of India Limited (SAIL) and Indian Railways.

During his career,he,who carried a sense of commitment to bring in techno-managerial interventions for enhancing people-centric development initiatives in the State,his works mainly centred around technological interventions to facilitate rural development,Government System Reforms,Institution Building and Capacity Building of Rural Communities.

In fact,Prasad spearheaded some of the following initiatives that made him a notable individual to get the IIT Kanpur’s Alumnus Award.These were:He influenced large scale community participation process in Water,Sanitation and Hygiene [WASH] sector in the state for the first time as Additional Chief Secretary to the Department of Drinking Water and Sanitation, Government of Jharkhand(GoJ) between 2010-15.

In efforts to strengthen the PRI in Jharkhand, devolution of administrative and financial powers was achieved wherein PRI functionaries managing water supply schemes are themselves floating tenders under Local Competitive Biddings.

The PRI organised into Village Water and Sanitation Committees (VWSC) is now the owner, manager and authority for payments during the process of construction which was earlier a monopolistic forte of the Departmental Engineers leaving no space for the community to either participate or own the schemes.

In the light of the views of Nassim Nicholas Taleb, distinguished Professor at New York University and Scientific Advisor to International Monetary Fund who believes that while centralization of powers makes systems less noisy, it also causes them to be less opportunistic, less capable of changing directions and worsens their performance at times of crisis while distribution of decisions and projects across as many units as reasonable reinforces the system by spreading errors.

This department has strongly believed and risen from challenges by empowering Panchayati Raj Institutions as soon as they were formed in the year 2010 after a gap of 32 years.
a. Prasad was instrumental in piloting Aerobic and Anaerobic Bio Toilet Facilities in the state for the first time also.

He devised systems of empowering and appreciating leaders of local self government through an annual Award Function “Felicitation of Excellence” since 2011 that stands unique to the state and is bringing in confidence for such institutions to perform better.

He has developed a set of protocols for hydro geological study using Participatory Aquifer Management in the most challenging eco-geographical locations in the state of Jharkhand which is naturally possessed by an undulating terrain. Previously, choosing construction sites for Tube-Wells majorly depended on influences and favouritism, which has now been replaced by a logical site selection process incorporating principles of geology, hydrology, water quality, remote sensing and geographic information system. This helps to indicate water availability before any water supply scheme is sanctioned unbiased.

b. During the years 2007-2010, Prasad, then Principal Secretary, Department of Registration, GoJ was instrumental in converting manual land registration procedures to web based online Registration that was for the first time in the country.A real-time registration process came into force because of this the registration of property is being done in just thirty minutes across the state. The innovation helped the State in raising its revenue from registration by 38% annually as compared to rise in revenue from other departments such as Sales tax, Excise, Transport etc to a mere 19%. This initiative was recognized and nominated by the State Government for the Prime Minister’s Award for Excellence in Public Administration in 2010.

c. In 2010, as Principle Secretary, Department of Science and Technology, GoJ his department was recognized as the best in the State to implement e-file tracking system.

d. Another accomplishment of Prasad during this tenure was resolving a case of land-litigation that was standing for nine long years through unique community organisation strategies for establishment of the Science Museum under National Council of Science Museum in Ranchi that is now a self sustainable institution, engaged in promoting the spirit of scientific temperament especially amongst youngsters of the resource-rich but human capital deprived state of Jharkhand. This achievement was recognized as one of the three milestones during the year 10-11 by the state Government.

e. As a believer in the strengths of institution, during the years 2001-2004, as Secretary of Energy Department, GoJ, he was instrumental in Constitution of Jharkhand Electricity Regulatory Commission and formation of Jharkhand Renewable Energy Development authority.

f. As Deputy Commissioner, Hazaribagh, between 1993-94, he also commissioned a detailed study on factors negatively affecting Primary Education in the district. The study delved on a comparative analysis between schools with higher and lower pupil-teacher ratio to deal with the issue of concentration of teachers in the district headquarters.

g. Based on the detailed analysis, a well researched transfer schedule for the teachers was developed. This helped in bringing about administrative reforms like attaining objective-oriented teacher-pupil ratio, resulting in transfer postings of teachers concentrated mostly in the urban localities to the distant village primary schools. Although this was a sensitive issue that created a lot of ruckus,Prasad was successful in taking all stakeholders including Members of Legislative Assembly on board for the accomplishment of this initiative. The initiative provided to be of immense benefit to the overall educational status of the district.

h. As Deputy Commissioner, Ranchi, between 1990-93, he helped tribal families by restoring their lands. Almost 500 acres of land that had been purchased through fraud by non-tribes was restored to the tribes. Later on the state of Jharkhand was created on similar lines to address the issue of alienation of tribes from their land. In the year when the country was going through a phase of communal strife on issues of Babri Masjid, he still did not yield to the mass protests by non-tribes on these issues. The media widely acclaimed and praised his initiatives as an administrator who single handed fought for a just cause of tribal.

i. As Deputy Commissioner, Ranchi in 1990-93,Prasad revived Ranchi Municipality through revision of holding taxes, and Tax and Revenue Reform. The exercise was taken up after a long gap of 30 Years and was completed within a period of 6 Months. It generated additional revenue of Rs. 10 Crore approximately. This was approximately five times the total revenue being collected by RMC in previous Tax Regimes. With self-generated Fund RMC was able to pay its staff remuneration after eight long months in 1992. Prompt and well thought action taken by him was appreciated by the Government of Bihar.

j. During the period 1989-93, when computer applications were in infancy in the country and Treasury accounts were submitted manually with accepted delays of 6 to 18 months, resulting in mal-practices.Prasad successfully implemented computerisation of government treasury in Siwan and Ranchi districts of the then Bihar State as Deputy Commissioner, Siwan and Ranchi respectably. This resulted in speedy submission of treasury accounts and the initiative was highly acclaimed and praised by the then Principal Accountant General of Bihar who proposed its replication across the State.Prasad consecutively developed a user manual which helped in replication of the same across the State.

k. In his early career as Deputy Development commissioner, Hazaribagh, between 1985-1987, when the concept of Self Help Groups was just blooming under the leadership of Nobel Laureate Muhammad Yunus, Prasad conceptualised a dedicated Producer Group based Self Employment Generation program under Integrated Rural Development Project [IRDP], using training facility under Training Rural Youth For Self Employment [TRYSEM], supporting more than 5000 Households arranged in 230 registered Societies to achieve sustainable livelihood security. This paved the way forward for a strong SHG base in the district in the years to come and sowed the early seeds of belief in people-centric activities in the mind of Mr. Prasad which went on to a long way.

Prasad is a well read and an energetic individual who believes in continuous self development and travels frequently to keep himself updated. He has attended two courses on sustainable development at the International Resource Centre at the Hague, The Netherlands. He has also attended a course at the Harvard University, and participated in The South Asian Conference on Sanitation (SACOSAN) at Colombo. He also has publications on diverse topics at national level to his credit.

He took up a “go green” initiative during his various tenures in the government office and developed a code book of sustainable practices to institutionalize them, that includes judicious usage of resources such as paper, electricity, water within government departments to put preaching into practice.

Prasad has received various accolades from the State Government of Jharkhand and Bihar and from the Central Government of the country for the achievements enumerated above and his dedicated contribution towards people.

His efforts of making Government overcome the paternalistic role of helping poor beneficiaries to an efficient service provider leading to public expenditure has made a mark in the Governmental system and is his most significant contribution.

By distributing powers and functions to people in the grassroots,Prasad is on record having created not only a more efficient system, but where distribution of decisions and projects across as many units as reasonable has reinforced the system by spreading errors.

Rightfully, a common Man does not wish for anything more than non-harassing interactions with the institutions of the State and dignity for himself. With a strong conviction in the above lines, Prasad feels it is essential for sustainability to stand away from the paths of the poor and let them develop their own selves by utilizing the fair, transparent and impartial services of the government.