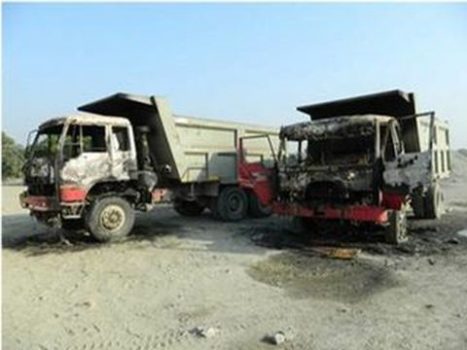 The coal companies suffered on Saturday when Maoist ultras burnt their three vehicles in West Singhbhum district of Jharkhand.

“The Maoists raided a camp of a road construction company at Roam village situated under the jurisdiction of Guwa police station and burnt the three vehicles”,said the police.

It is learnt that this company had refused to pay protection money to the company.Incidentally,after the demonetisation of high curency notes of Rs 500 and Rs 1000,these Maoists were struggling to survive due to lack of funds.

Police claim that Maoist outfits extort more than Rs 250 crore per annum from different companies and individuals in Jharkhand.Many of these companies were involved in constructing roads and buildings and other development activities and are active in 18 of the 24 districts of the state.