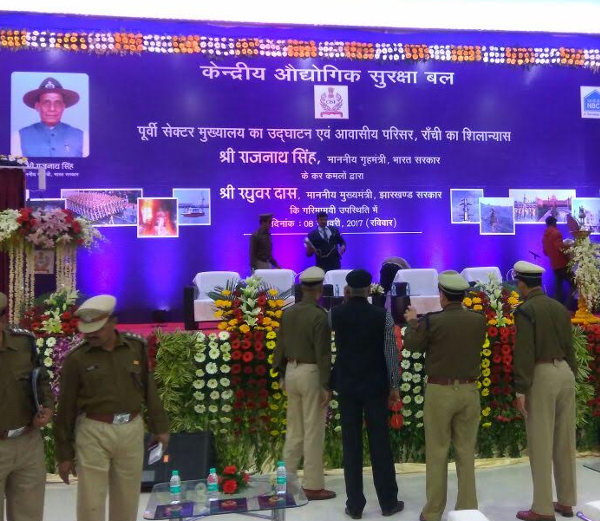 Addressing a meeting with the CISF jswans and personnel,Rajnath Singh disclosed that 45,000 CISF jawans and 2500 police personnel are going to be appointed soon.

Das who too spoke on the occasion said that the Naxalite violence cases had declined.He said that CISF will get 100 acres of land.”This will not leave CISF have any problem to provide training”,said the CM.

Subsequently,the Union Home Minister held a meeting with the top brass of the Jharkhand police and reviewed its role in controlling and maintaining law and order in Jharkhand.