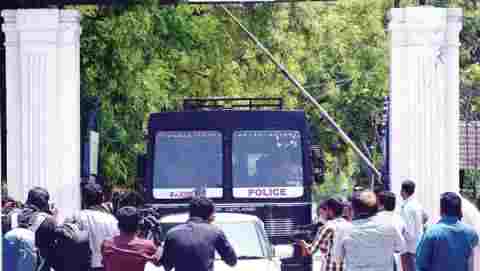 Also,the Maoists beat up IOC workers,report said.The crime was learnt to have been committed by 20-25 PLFI ultras.

Leading a section of police and securitymen,Torpa Dy.SP Manoj Kumar had reached the spot of the crime.The search operation was going on to nab Maoists.

It is suspected that these Maoists belonged to the People Liberation Front of India.The IOC is setting up underground
gas pipeline between Paradeep in Orissa and Ranchi in Jharkhand.