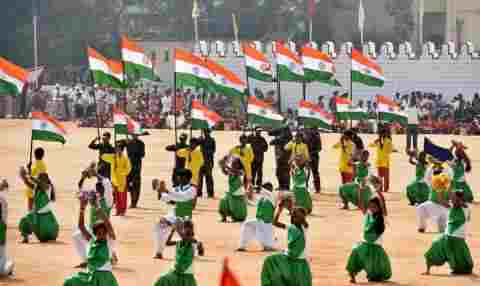 Preparations are being made to celebrate the Republic day function is held peacefully at Morahabadi Maidan in Ranchi.Jharkhand Governor Draupadi Murmu is slated to unfurl the national flag at 9 A.M.on Thursday.

As the Republic Day is celebrated across the country including Jharkhand,the state security has been beefed in sensitive areas to avoid any untoward incident.

Jharkhand Chief Minister Raghubar Das is scheduled to unfurl the flag in Dumka,divisional headquarter of Santhal Pargana Division of Jharkhand.

Nearly 50 Magistrates and nearly 1000 security forces have been deployed to maintain law and order in Ranchi.In all,18 Departments are slated to display tableau at Morahabadi Maidan..