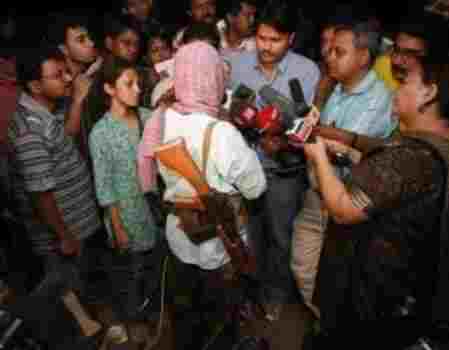 Jharkhand Police is in the process in interrogate Maoist Ranjit Pal who, along with his wife,had surrendered before West Bengal Police on Wednesday.
After a team of police personnel from Jharkhand secure judic ial order,Pal is going to be interrogated in the murder case involving a JMM leader.
Police said, Pal, a member of the Bengal-Jharkhand-Orissa border committee of CPI (Maoist), is wanted in the murder of JMM leader and then East Singhbhum MP Sunil Mahato in 2007. More,he is also wanted in at least 16 cases registered in different police station areas of East Singhbhum.
In fact,Pal’s surrender would have an impact on Maoist activities in the Bihar-Jharkhand-Orissa and Chattisgarh.Of late, he was reported to have been lying low.