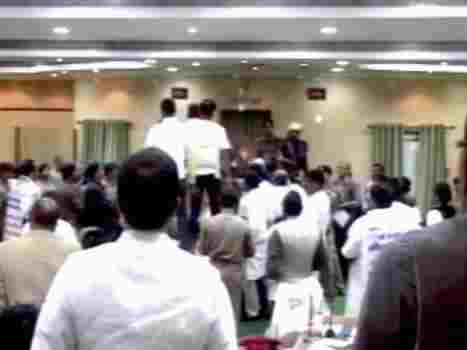 During the session starting on January 17,2017 and ending on February 2,2017,the opposition parties led by Jharkhand Mukti Morcha agitated against the amendment introduced by the BJP government led by Chief Minister Raghubar Das in the Chotanagpur and Santhal Pargana Tenancy Acts.

While these Opposition parties continued to protest and sought to paralyse the functioning of the Assembly,the ruling BJP legislatures succeeded in getting the annual budget 2017 passed.

Also,during the session,four MLAs-one and three MLAs belonging to the Congress and the JMM respectively were suspended on charges of indiscipline and violation of the Assembly rules and regulations.However,the suspension was withdrawn.