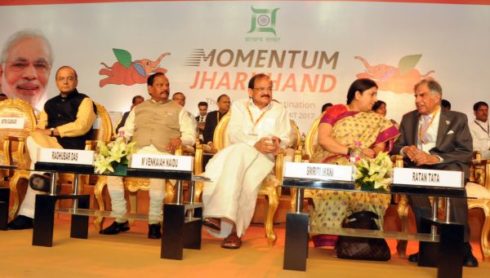 After taking pictures at the site,he mailed these pictures. www.jharkhandstatenews.com is publishing the photo story of the mega event aiming to invite investment in minerally rich Jharkhand.