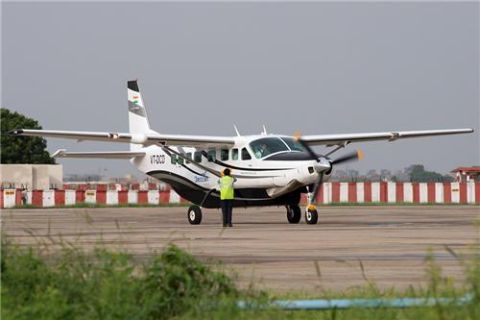 After Union Minister of State for Civil Aviation Jayant Sinha.who is member of Parliament from Hazaribagh in Jharkhand announced that the Centre plans to build a new airport in Jamshedpur,its citizens welcomed announcement.

“We are very happy because this was our old demand”,said Sushil Singh,a businessman based in Jamshedpur.

More,Airport Extension is planned to be set up at Deoghar,Palamau,Jamshedpur,Giridih.
Sinha informed that the Air Asia is slated to start flight service between Delhi-Ranchi-Kolkata-Delhi.”This will help passengers in these places”,said Sinha thanking the state government for its able “Human Resources,Natural Resources and Appropriate Environment.”
“This is the reason why the state government has gained so many proposals for investment”,opined Sinha.