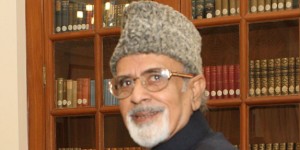 For long,the Universties in Jharkhand have been suffering from a series of problems.These include shortage of staff,in ordinate delay in payment of salaries to staff and teachers and rampant corruption.

So much so that cuts and commissions varied between 30 percent to 40 percent of total outlay of the development schemes in any one of these Universities.

Any body who had the power to execute and inspect had made fortunes.The successive state governments had failed to contain these problems.

Now,when the state in under the President’s Rule,Governor Syed Ahmad,instead of taking concrete measures to deal with them,has appointed his associate MA Khan as Inspector of these Universities.

The appointment of Khan was learnt to be made on co-terminus basis.Although it is not known whether he holds adequate qualifications to work as Inspector of Universities,Khan is from Mumbai-work place of Governor Ahmad- who is waiting to inspect the works.And do what?Make lollies?

The answer is any body’s guess.