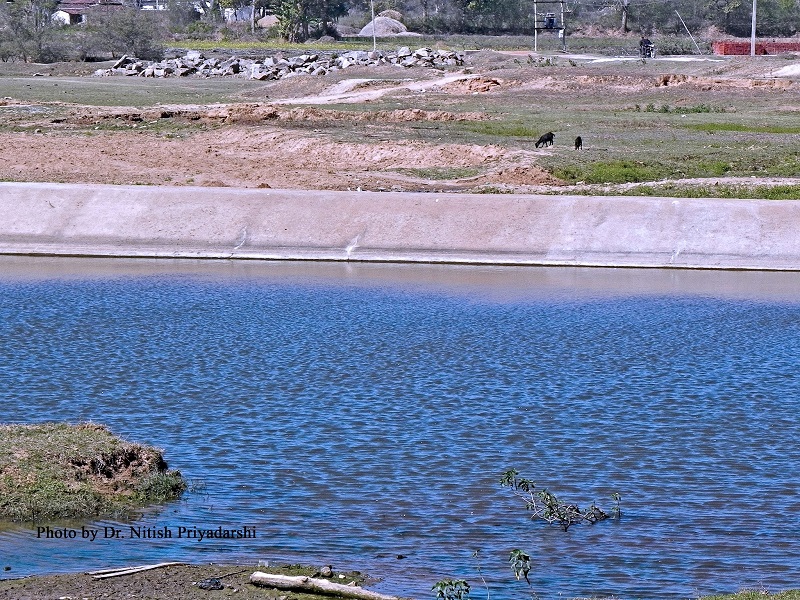 For the first time,TataGyan Humanity Foundation has conducted water body remediation project in Ranchi.The project was launched at the state government run Oxygen park,Morahabadi,Ranchi on February 12,2017.

As it is,Jharkhand has hugely suffered from water shortage problem for long.The problem was grave to the extent that some media houses and newspaper had highlighted it as a “water crisis” and “water emergency” too. There were reports of student being unable to attend the schools, a villager committing suicide for not getting water till 700 ft. that was alarmingly scary, as the underground water level is learnt to have had depleted to that lower level.Many water bodies had turned dirty and filthy.

All that was a cause of concern for everyone in the state and the state administration. But a group of  people led by Additional Chief Secretary Santosh Kumar Satapathy,instead of talking and discussing the problem in drawing rooms and coffee centres,took a decisive action by inviting TataGyan Humanity Foundation.

Responding to the invitation,the TGHF team led by Madhukar Swayambhu(Trustee,TGHF) came from New Delhi and after gaining details of the dirty and filthy pond located inside the Oxygen Park,provided a live demonstration of the latest technological breakthrough in water body remediation sector.

Records revealed that all of them contributed towards the remediation process.The first dosing was offered Satapathy.almost 12 days after the use of diatoms for three times in this dirty -filthy water body of the Oxygen park,the result was amazing.The water body had become neat and clean and birds and fish were spotted in this clean looking pond.

"We are very happy to have invited  Madhukar Swayambhu.Since this has proved to be a success,we will try to make use of this nano-technology for cleaning up other water bodies",said Prasad.

History has it that foundation stone of the Oxygen park was laid by the then,Chief minister Hemant on July 31, 2014,