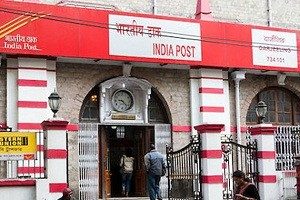 All the 13 general post offices (GPOs) in Jharkhand have started selling sovereign gold(SGB) bonds on Monday. This is a part of the national scheme to issue gold bonds at the current rate of gold fixed at Rs 2,893 per gram by the Reserve Bank of India (RBI) based on average gold prices last week.

Chief post master general, Jharkhand, SP Mandal, said, the customers can invest anywhere between one gram and 500 grams of gold, bonds for which would be available till March 3.For buying the bond, the customer should submit a KYC (Know Your Customer) form and have a valid identity proof like voter i-card, Aadhar card, or passport and pan card.

"The government has fixed a term of 8 years for maturing of gold bonds and will pay taxable interest at the rate of 2.5% annually," he said, clarifying that the option for withdrawal would be available from the fifth year onwards. The bond has a nomination facility as well.