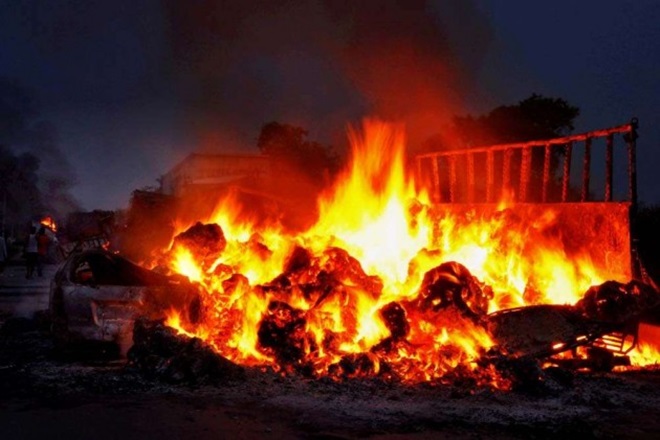 Desperate to gain mileage in Jharkhand where they were badly ousted by both the people and the security forces,Maoists have indulged in their old game-torching vehicles.The cause was denial of levy.The incident took place near Gardi river in Chatra district, around 170 km from Ranchi.

According to the police,they have torched three vehicles involved in bridge construction work in Chatra district on Thursday."The guerrillas raided camp office of a private company on last night and thrashed labourers before torching the vehicles",said the police.