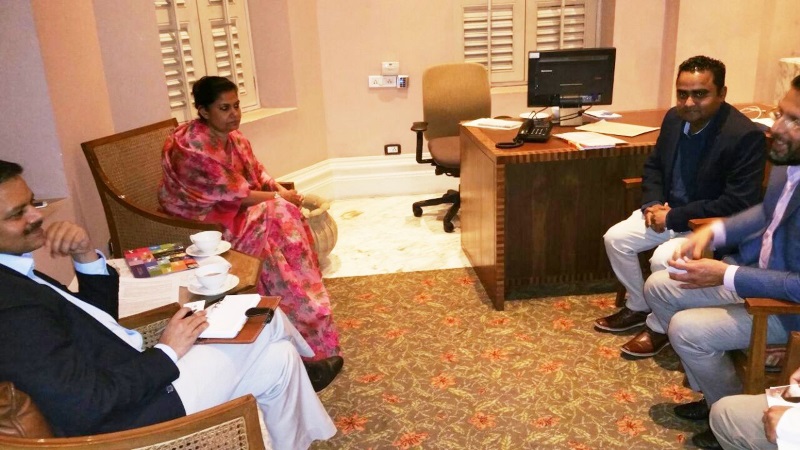 A senior delegation from the Jharkhand government led by Chief Secretary Rajbala Verma visited Bengaluru and met several companies across IT/ ITeS, Healthcare and Education sector.The delegation met and understood key expectation from the investors and assured necessary support and facilitation to them and invited them to visit Ranchi to secure suitable land parcel for their proposed unit/ firm.The investors were reportedly adopted the proactive approach of the jharkhand Government towards attracting investment and facilitating investors. All of them promised to visit Ranchi in 1 – 2 weeks and reaffirm their commitment regarding making their investment in the State in next 3 – 4 months.

The meetings were followed by a dinner hosted by Chief Secretary, Government of Jharkhand. After the reverberating success of maiden Momentum Jharkhand Global Investors’ Summit 2017, Momentum Jharkhand delegation generated huge excitement among the business community in Bengaluru during the series of one-to-one meetings organised on March 1, 2017.