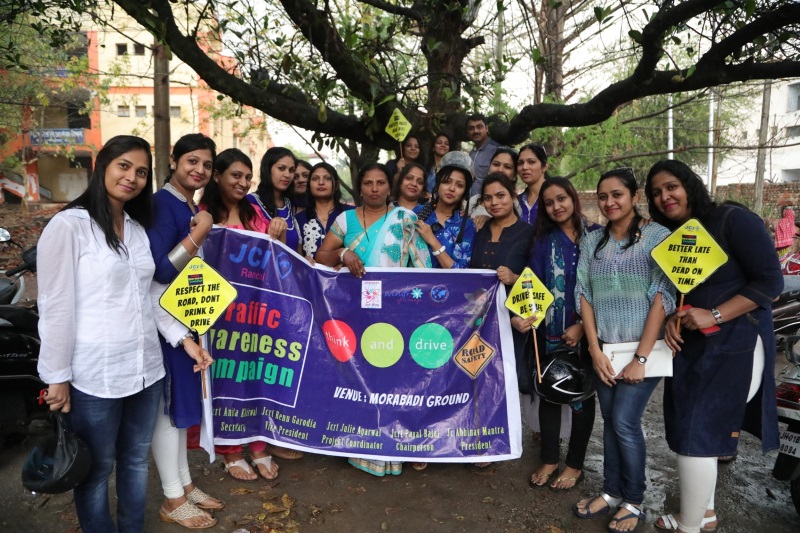 After they were trained,the participants were made to play 'Traffic Hunt game' and the winners were awarded.The award was given in the form of Helmet.