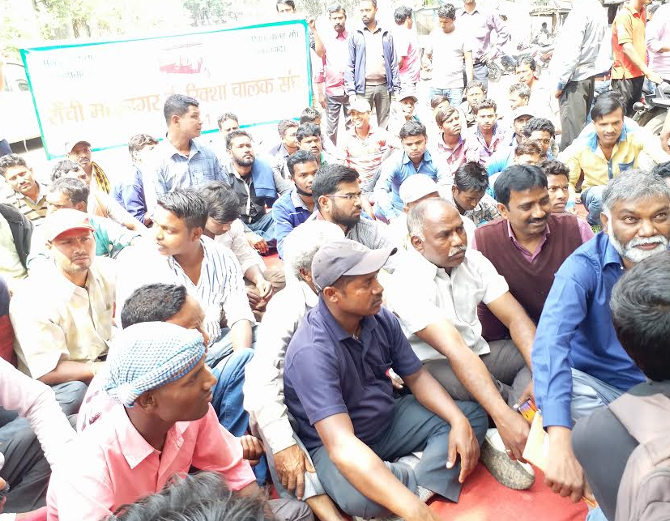 The E-Rickshaw drivers were up in arms.In fact,to protest against the 24 routes approved by the Ranchi Municipal Corporation,they staged Dharna in front of its office in Ranchi on Wednesday.Many of them shouted slogans against the RMC authorities and demanded cancellation of the route policy.The E-Rickshaw Drivers' Mahasangh President Krishna Kant Toppo said that the imposition of Rs 25,000 as 'fine' on those E-Rickshaw drivers who violated the RMC route policy was not acceptable."The RMC is out to spoil our profession.This is not acceptable",said Toppo.

Though they sat on dharna for over an hour,none of the RMC officials responded.Their protest had caused untold miseries to many commuters in Ranchi.