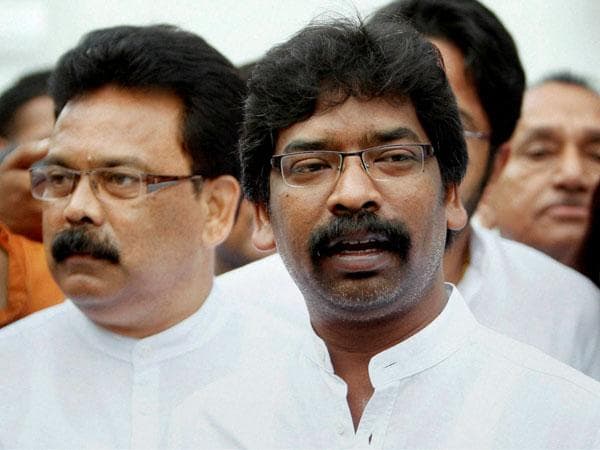 With end of Assembly polls in five states-Uttrakhand,Manipur,Goa,Punjab and Utter Pradesh-the process of Assembly by poll in Littipara has begun.Though the notification was issued on Tuesday for the by poll on April 9,no body had filed nomination so far.In view of the massive victory of the BJP in UP and Uttrakhand,the Opposition Congress is struggling to unite its ally Jharkhand Mukti Morcha.Toward the same end,its state unit president Sukhdeo Bhagat met the JMM Acting President Hemant Soren on Wednesday.”We want to work together”,said a Congress leader.The JMM is yet to respond to its move.The seat of Littipara Assembly constituency fell vacant after its its MLA of the JMM Anil Murmu died in January this year.Now,while the JMM which had been holding this seat since 1977,is set to put up its candidate,the Congress party wants to unite all Opposition parties in Jharkhand where the BJP led by Chief Minister Raghubar Das rules.

BJP is looking around for a suitable candidate to win the by poll in Littipara.The name of BJP Hemlal Murmu who had joined the BJP in 2014 figured as a probable candidate.JMM is likely to put up Basant Soren,Hemant’s younger brother,as its candidate.As it is,while the Congress lacking base in Littipara is likely to support the JMM,another opposition party Jharkhand Vikas Morcha led by ex CM Babulal Marandi may put up its own candidate.