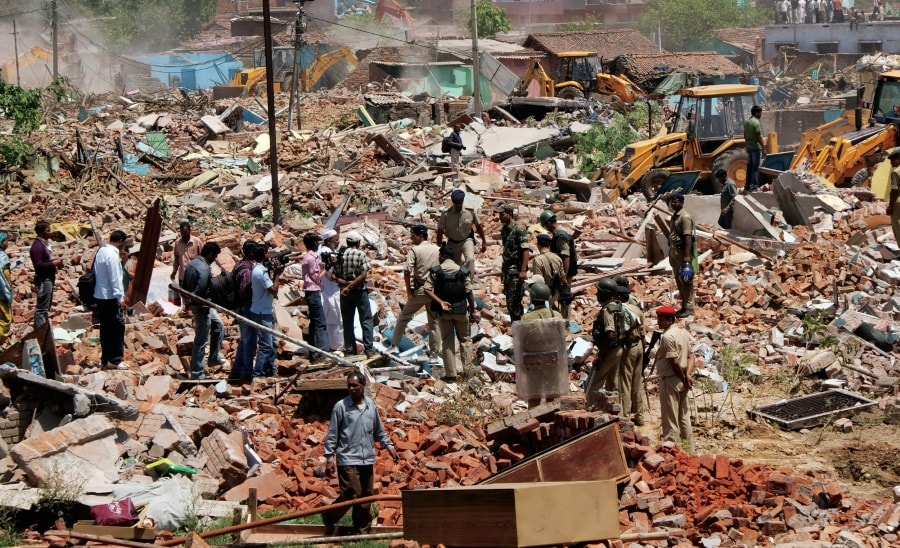 *File pic shows Islamnagar in Ranchi on the day of its displacement on April 5,2011.

Ever since then,these leaders had demanded construction of houses for these people,most of the belonged to the Muslim minority community.Now,the state government's move was widely welcomed by them.In another important decision in the Cabinet meeting,it was decided to broaden and build Raj Bhawan-Booty Road at a cost of over Rs 587 crore.Toward the land acquisition of the same project,Rs 586.46 crore was sanctioned.

More,the Cabinet approved Rs 183.76 crore for construction of 'Urban Civic Tower' in ranchi. As per the plan prepared by the Ranchi Municipal Corporation,Urban towers,a convention centre and a hotel are planned to be constructed near HEC,leading into the smart city.Spread over 60,703 sq mt,the project will not form part of the ssmart city approved by the Union government,but will stand as testaments to the city's development initiatives.