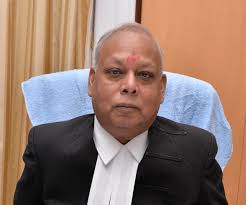 Jharkhand Governor Draupadi Murmu is slated to administer oath of affirmation to Justice Pradeep Kumar Mohanty as Chief Justice, Jharkhand High court on March 23,2017.Raj Bhawan in Ranchi is gearing up to hold the oath taking function.Invitation cards were issued.And staff and officials advised to follow rules and regulations.

Since he is scheduled to retire before June 10,,2017,Lordship is going to hold the top post of Chief Justice of Jharkhand High Court for about two months.

Justice Mohanty,born on June 10,1955 at Cuttack,hails from a renowned family of eminent jurists.His father,late Justice Jugal Kishore Mohanty was a Judge of the Orissa High Court and later became the Chief Justice of the Sikkim High Court,