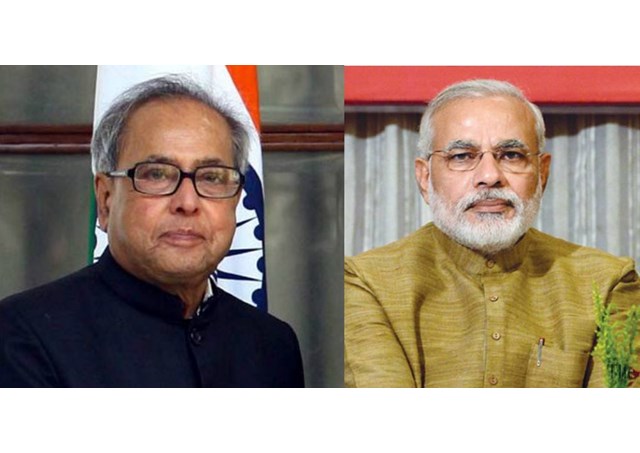 As per the official schedule,while President Mukherjee is slated to land in Ranchi on April 2 to go to Deoghar to offer prayer to Lord Shiva at Baidyanath Dham temple there,Prime Minister Narendra Modi is coming to Sahebgunj on April 6 to inaugurate Rs 2,500 crore Bridge at the river Ganga.

The proposed four lane and 16.9 km long bridge plans to link Sahebgung in Jharkhand's Sathal Pargana Division with Bihar's Katihar,Bhagalpur and West Bengal's Silliguri and thereby give a massive boost to transportation and business in Jharkhand.

The project was already approved by the Union Government.

In addition,apart from handing over one lakh Smart phones to women,Prime Minister Modi is also slated to provide appointment letters to selected women jawans of the recently created tribal force-Paharia Battalion.