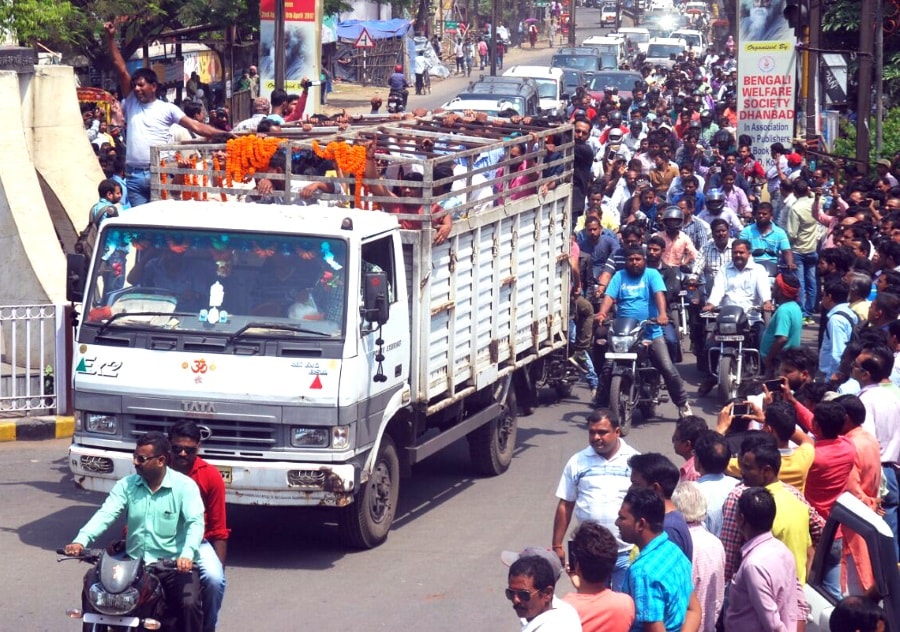 Singh is the son of late Surajdeo Singh,who was identified as coal mafia and his wife Kunti Devi,ex BJP MLA.The FIR was filed by Niraj Singh,brother of late Neeraj Singh.The state government had got Special Investigation Team to investigate the case and book the culprits.

"Four persons, including former Deputy Mayor of Dhanbad Neeraj Singh, were shot dead by AK-47 in Dhanbad district on Tuesday when curfew like situation had prevailed after the bodies were picked up and cremated there on Wednesday.