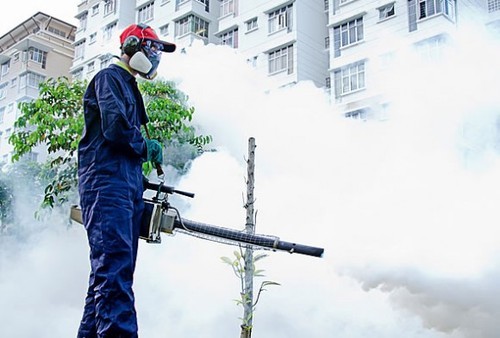 Every body knows that mosquitoes are small, midge-like flies that constitute the family Culicidae.Females of most species are ectoparasites, whose tube-like mouthparts (called a proboscis) pierce the hosts' skin to consume blood,states wikipedia.

Since Swachh Bharat Abhiyan aims to clean the towns and cities in the country and the Prime Minister Narendra Modi's project had failed to either get Ranchi cleaned and free of mosquitoes,the citizens were highly critical of the state government led by Chief Minister Raghubar Das.

So much so that in response to a PIL,Jharkhand High Court Chief Justice P.K.Mohanty,who himself was affected by mosquitoes inside his official residence,opined that "officials of the Ranchi Municipal Corporation(RMC) should be made to stand near the drain and asked if mosquitoes had beaten them or not."

In view of the prevalent reality and criticism of the Chief Justice,RMC has started a campaign to eliminate mosquiotes by spraying repellant and fogging in areas of their growth.The move was started in Ward Number 8,it is learnt.

"In all,75 staff of the RMC were deployed to end the mosquito menace in Ranchi",said a senior RMC officer.