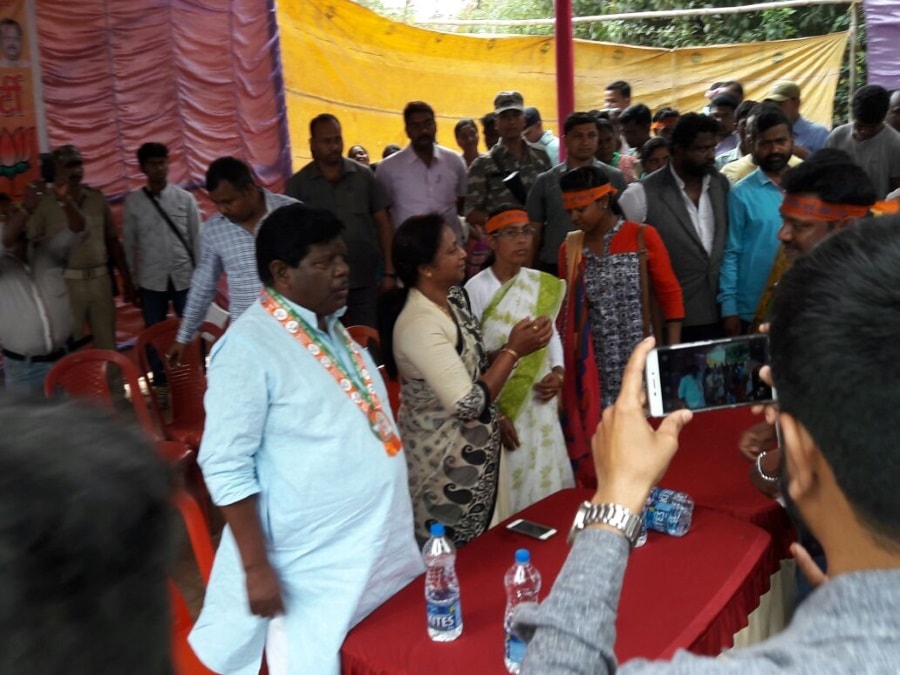 Murmu, who faced two consecutive defeats since joining the BJP a month before the 2014 general elections, would be the BJP candidate for the Littipara bye-poll.Apart from Uriti,scores of her supporters joined the BJP in Littipara.

Murmu, who served the Jharkhand Mukti Morcha (JMM) for over a decade, was said to be second only to JMM supremo Sibu Soren in terms of popularity in the Santhal Pargana region of Jharkhand, while he was associated with it.

The JMM, however, has backed the four-time Barhait MLA and former Minister for the third time since 2014 and is hopeful of retaining the Littipara Assembly seat.

“It is confirmed that Murmuji will contest the bye-poll. Our objective would be to make the voters understand the benefits of having a legislator from the party, which rules in the state as well as at the Centre,” said Pratul Shahdeo, spokesperson, BJP Jharkhand.

Besides, the party will also try and cash-in on the various state and Central welfare schemes launched since 2014, he said.

Meanwhile, Simon Marandi had lost the Littipara seat on a BJP ticket in 2014. He and Congress’s Shivcharan Malto may contest the seat as independent candidates.

With entry of Uriti and her supporters,BJP's Hemlal Murmu hopes to grab the seat.Voting will take place on April 9 with counting on April 13.