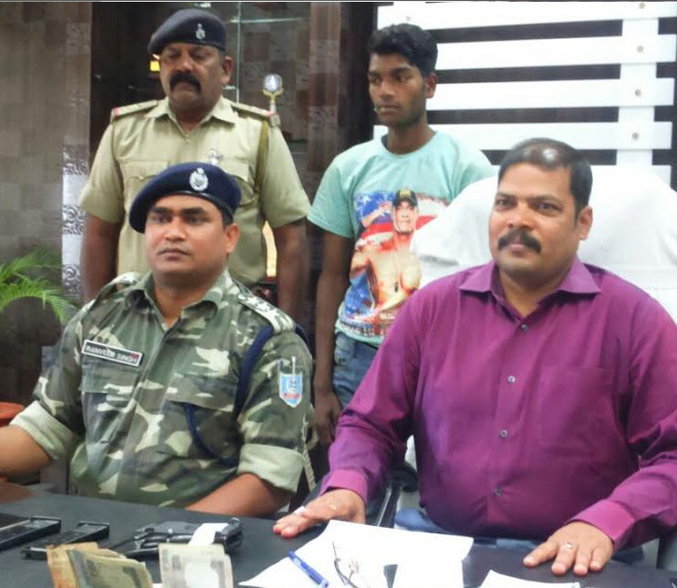 Jharkhand Police made a mark in Khunti today when it arrested Shankar Munda who is alleged to be a member of the banned Maoist outfit -People's Liberation Front of India(PLFI).

Also,the police recovered one pistol,catridges.His cousin brother Mahadev Munda,who too was a member of the PLFI,was killed in an encounter on December 23,2016,said Khunti SP,Ashvani Kumar Sinha.

Sinha said,the arrest was made following a 'tip off.'During interrogation,he is learnt to have informed that Maruti Wagon R Car from which weapons were recovered,was bought by late Mahadev Munda."He(Mahadev)had extorted and gained Levy and bought the wagon R",Shankar Munda told the police.