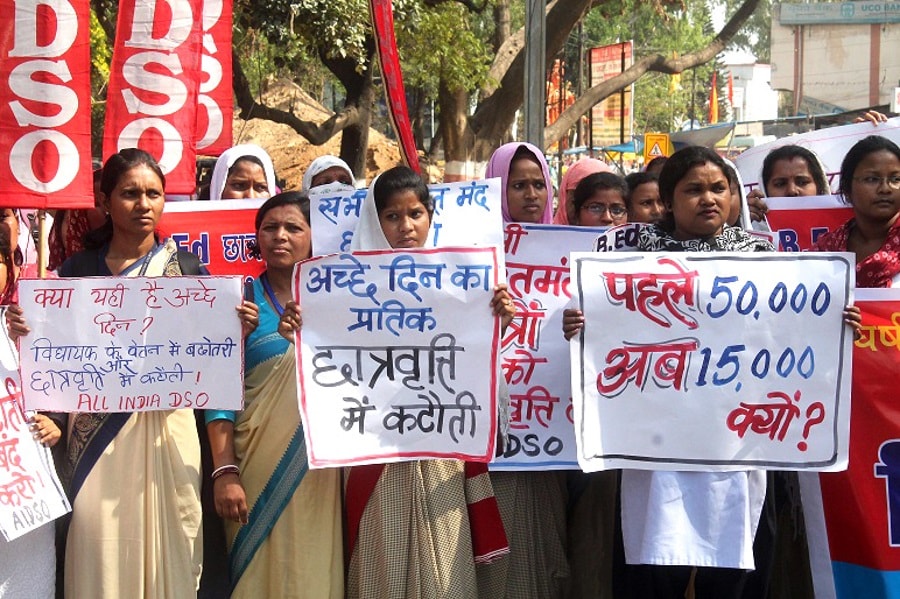 All photos by Ratan Lal

It was another day of protest against the state government led by Chief Minister Raghubar Das.This time,the protesters were  All India Democratic Students Organization (AIDSO) activists.

They held and displayed playcards.Many of them shouted,yelled and raised slogans against the Das government on the allegation that it has deducted the amount of scholarship for Bachelor of Education (B.Ed) students.

None of a dozen officials www.jharkhandstatenews.com contacted were ready to quote."The allegation is not valid",said a senior officer on condition of anonimity.However,another senior officer confessed that the amount of B.Ed students studying in the certified state government run institutions was deducted on the basis of performance.

In any case,the protesters were in action outside Raj Bhawan in Ranchi on Tuesday.