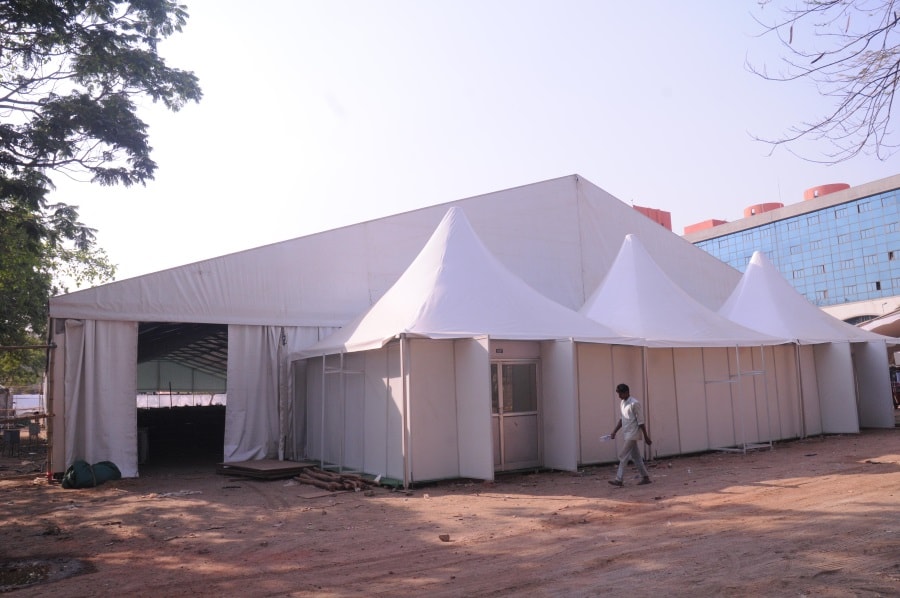 Security forces have been deployed in strength.And,the entire land area lying in front of Jaipal Singh Stadium were decked up with banners and posters welcoming President Pranab Mukherjee.

Mukherjee is slated to lay the foundation stones of two mega mega projects-construction of the Huz House and Ravindra Bhawan in Ranchi on April 2,2017.Both projects were to be implemented and completed by the end of 2019 by the state government run body-Jharkhand Urban Infrastructure Development Company(JUIDCO) at a cost of Rs 225 crore..

As per the plan,Ravindra Bhawan,with a build up area of 13,753 square metre;basement of 10,438 square metre,will be of three storey building.It is supposed to have Auditoriums,each meant to hold socio-cultural programmes.The front of ravindra Bhawan is planned to have an entry point showing a tree made of 10 tonnes of steel

Similarly Haz House is planned to be spread in 11,423 square metres;with a Basement in 2044.50 square metre with two Basement and three storeys.

While Mukherjee is going to lay the foundation stones of these projects,the CM Raghubar Das and Urban development Minister CP Singh  among others are going to be present there.