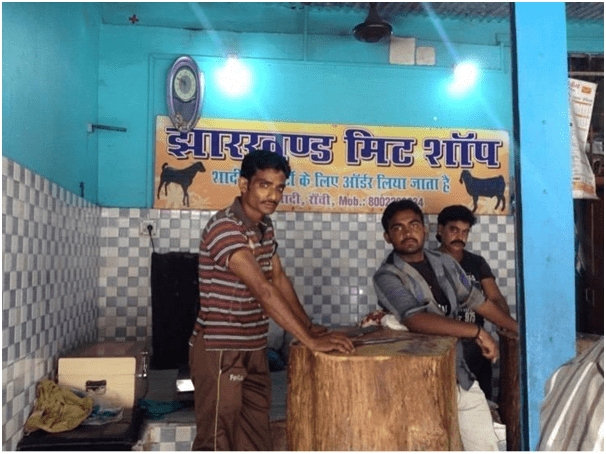 Following the State Home Department’s order to the police, district administration and civic bodies  in Jharkhand to issue notices to ‘illegal slaughter houses’ to shut down their establishments within 72 hours, meat sellers are in a quandary.

Only 52 of approximately 200 meat shops in Ranchi have licences issued by the Ranchi Municipal Corporation. The number of slaughter houses in the state is unspecified. Meat sellers have by and large downed shutters fearing reprisal of one kind or another. Some of them claim that their application for license was never processed by the municipal corporation and they have so far continued their business without it. A prominent example is the vendor who supplies meat for animals in Birsa zoo which requires at least 90 kg meat everyday for its lions, tigers, leopards and hyenas. The meat supplier is not sure that he will be able to maintain the supply after the order by the State Government. He claims to have been applying for a license for three years but the RMC has not been forthcoming.

The administration plans to come down heavily on meat sellers and slaughterhouses after the Ramnawami festival.