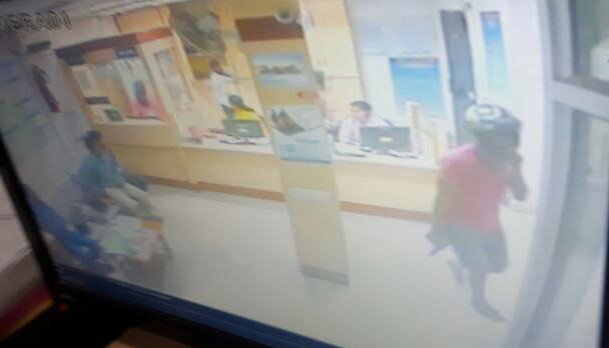 Bankers were in a state of fear and grief after a group of criminals indulged in a hot crime inside the Indian Overseas Bank in Ranchi,looted and decamped with 7.65 lakh cash in the afternoon at 3 pm today.

Reports based on eyewitness accounts claimed that three yet to be identified criminals came by a mo- bike,entered into the bank and, after taking the cashier into their hold on gun point from inside the cash counter and threatening the customers,two of them collected Rs.7.65 lakh and walked away.

After the police came,CCTV camera was checked and evidence collected."We are launching raid to nab the criminals",said the police.However,no arrest was made till 6.45 pm on Monday.