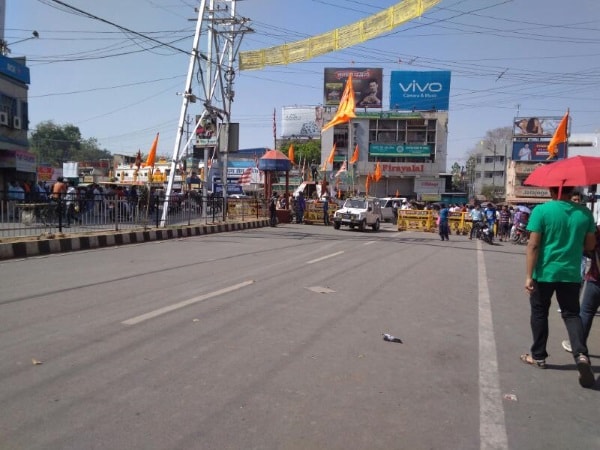 Though there was no casualty so far,the police had sealed traffic between Albert Ekka Chowk and Sujata Cinema in main Road.A large section of security forces were deployed to maintain law and order.

Officially,the police said that the tension was not caused by stone pelting.Instead it was rooted in demolition of a shop by the Ranchi Municipal Corporation on 'encroachment' ground' near Hanuman Mandir in Main Road.This was termed as the district administration to contain 'communal tension',said a police officer who does not to be quoted.

In any case,the entire Main Road wore a deserted look in the afternoon.Even press persons were not allowed to enter into the Main Road."The stone pelting was terrifying as it took place near Ekra Masjid.The stone pelters were angry because the processionists were playing pro hanuman song loudly",said an eye witness who does not want to be named.

Though tension prevailed in town,the police forces were struggling to maintain law and order in Ranchi.