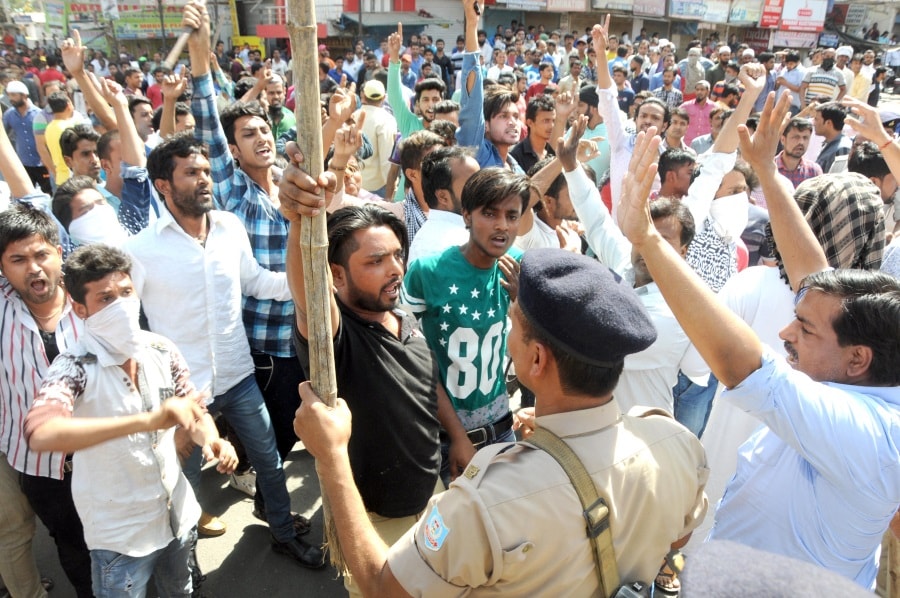 Two cities -Ranchi and Bokaro-were returning to normal after a clash occured between groups of people of two communities in Jharkhand.

Though tension continued to prevail in minority dominated areas in Ranchi and Bokaro,the deployment of large sections of security forces and movement of patrolling parties,normalcy was returning,said the police.

In Ranchi,due to the religious song played loudly by the processionists observing the Mahavir Jayanti,stone pelting caused injury to some of them.One person of the majority community was beaten up and a stone was thrown on his body near Ekra Masjid."He was injured and was admitted at a hospital",said the police.

The police reached the site quickly and managed to maintain law and order in the area."This was possible mainly because the cops used force,lathi charged and fired tear gas on the agitated people."The scene returned to normal within a couple of hours",said an eye witness.

In Bokaro,tension prevailed after a banned piece of flesh was recovered and DY.SP suffered from fracture on his hand.The police were moving in the city and a flag march had taken place to maintain law and order.Report reaching from Sadam Bazar under Gomia block said the clash had taken place between these two communities.

The state administration had acted promptly,it is learnt.One of its message appealed to people not to act on the basis of 'rumour.'     .