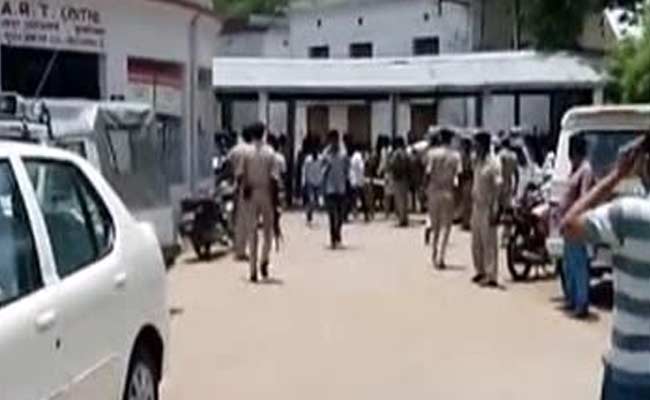 In a major move,police have arrested one of the top six gang masters-Lav Kush Sharma.

Police have succeeded in locating and arresting him in Hugli area of West Bengal.A team of police personnel was camping in Hugli to nab him,it is learnt.

In fact,investigations carried by www.jharkhandstatenews.com revealed that there were as many as six major extortion gangs operating in capital Ranchi alone. These gangs, identified by the name of their respective chiefs, were Anil Sharma gang, Luv Kush Sharma gang, Genda Singh gang, Sandeep Thapa gang, Bittu Mishra gang and Sushil Sharma gang.

There are numerous cases of murder and extortion registered against them.Though most of them were inside jail,they ran the extortion rackets by using unemployed youngesters.Luv Kush Sharma was evading arrest in more than two dozen cases.

Luv Kush had gained limelight after he had demanded 'levy' from PWD Engineer Samrendra Prasad.When he had refused to pay,Lav Kush had threatended to kill him.The police had conducted raids at his residence in Bihar and confiscated his immovable properties as well.