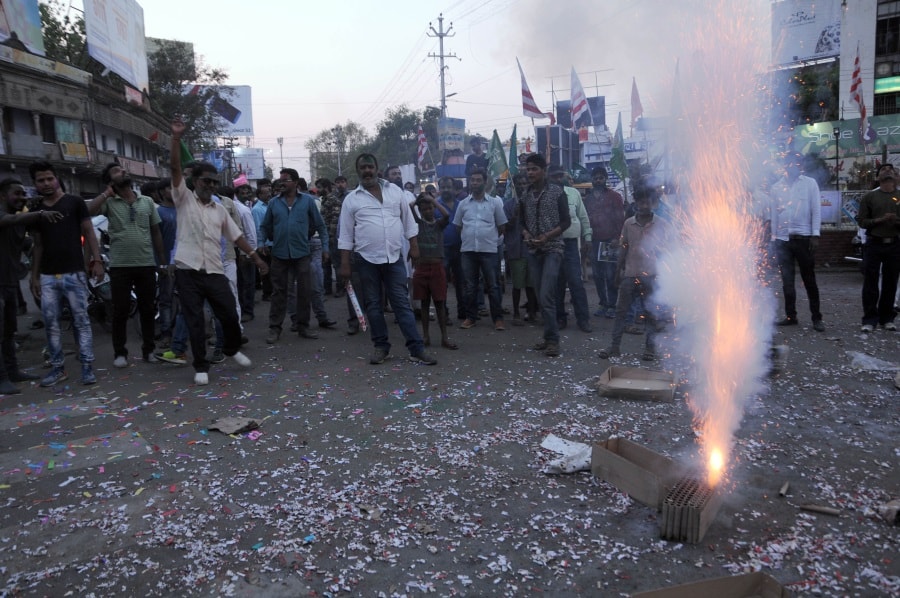 BJP suffered a major set back in Jharkhand where it failed to defeat Jharkhand Mukti Morcha in Littipara Scheduled Tribe Assembly By Poll.Littipara falls in Pakur district in Santal Pargana Division of Jharkhand.

With the BJP’s defeat and JMM’s victory,many Adivasis celebrated the event and described it as a ‘victory’ over devil’.They exchanged colour,burst crackers and shouted slogans against the BJP including Prime Minister Narendra Modi.The celebration was reported from across Santhal Pargana,South and North Chotanagpur and Palamau Divisions in Jharkhand.

Altogether 68 per cent polling was registered in by-election to Littipara ST Assembly constituency amidst tight security.This time no body lodged complaint against the ETMs used to conduct poll and count results.

Though the amendment Bill was passed by the state Assembly without any ‘discussion’ on it,Jharkhand Governor Draupadi Murmu has declined to sign it.JMM chief Shibu Soren and his son and ex CM Hemant Soren had launched door to door campaign appealing to tribals to vote in favour of its candidate Simon Marandi and oppose the Raghubar Das government’s ‘false’ and ‘fraudulent agenda’ of ‘development’ in the state.

“This BJP government was working for the capitalists.It had sought to amend the tenancy laws made by the British government to protect the interest of the Adivasis.Instead of developing sectors of water,forest and land,it was trying to displace them and force them to wander in cities as beggars”,said Shibu Soren at Littipara while addressing the people at Littipara many a time early this month.

On the other hand,Chief Minister Raghubar Das had campaigned and appealed to people to vote for his party candidate Hemlal Murmu.”We have been involved in development of the people”,said Das while addressing many public meetings at Littipara.However,the result-defeat of the BJP in Littipara By Poll-shows that a vast majority of Adivasis  belonging to Christian,Sarna(Indigenous) and Hindu communities had turned against the BJP due to ‘miss governance’ and failure of the Raghubar Das to gain their support.

As many as ten contestants including BJP’s Hemlal Murmu and JMM’s Simon Marandi fought in the by-poll.Most of them lost security deposit.