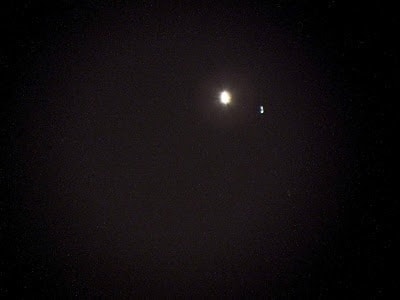 *See the bright planet in the sky Venus after the Sun set and before the Sun rise in the sky in Ranchi.

On April 22,2017 morning at 5.10 A.M,I was about to go to Morahabadi Maidan in Ranchi for morning walk.As I sat on the swing to have a cup of tea,I looked towards the sky.I saw a bright star near the eastern side of the sky where the Sun was to come out.Is this any planet?

My question made me pick up a book from inside my bed room.After I checked the book,I learnt that it is Venus.

In fact,Venus is visible at nightfall around the world in early November.In April second week onwards, it is worth looking at the early morning or early evening before the sky gets too dark.

Astronomers say Venus looks so shining and bright that it can actually be more difficult to see its features with the large contrast between it at the night sky, and it is best to catch it with some twilight behind it.