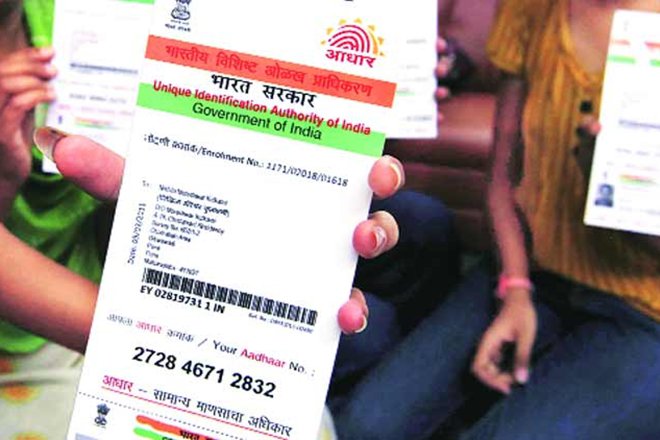 What was described as  a major  breach of privacy, the bank  details over one million Aadhaar subscribers were leaked on a website run by the Jharkhand Directorate of Social Security.

Last month,s March 29,star cricketer MS Dhoni and family's Aadhaar card details had got leaked.This was complaint by his wife Sakshi. Aadhaar card information of each Indian is supposed to be kept a secret. But a blunder was made by the CSC e-governance Services India Ltd in Jharkhand.

Now,another  shocking news was reported by the Hindustan Times dated May 23,2017.As it is,almost all pertain to senior citizens.They were beneficiaries of the state's old-age pension scheme.

In brief,Jharkhand has 1.6 million pensioners.Among them 1.4 million are learnt to have seeded their Aadhaar cards for direct transfer of the monthly pension into their accounts.

“In the security violation, personal details such as name and bank account number were revealed for a bulk of these users, deepening the existing worries about safety feature in Aadhaar cards”,said huffingtonpost.in

“According to Section 29 (4) of the Aadhaar Act, publishing Aadhar numbers of consumers is illegal, though such violations are known to have happened in the recent past.

Earlier this year, cricketer Mahendra Singh Dhoni's Aadhaar details were inadvertently leaked on social media, which led his wife, Sakshi, to complain to the Union Law and Information and Technology Minister, Ravi Shankar Prasad. In its response, the Unique Identification Authority of India (UIDAI) blacklisted the service provider for 10 years”,said huffingtonpost.in.