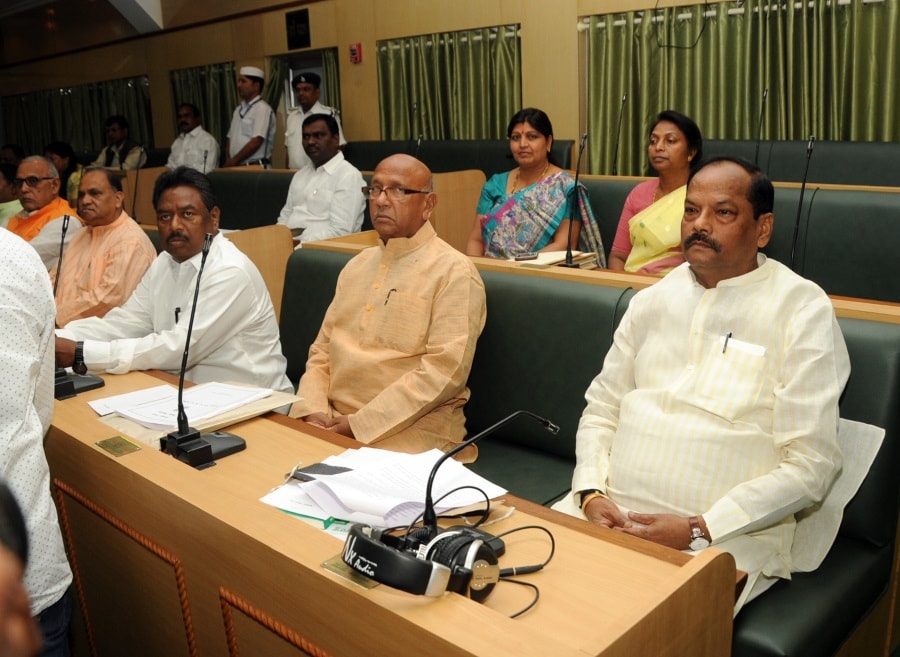 While Opposition parties protested against the Raghubar Das government at Birsa Chowk,Jharkhand Assembly passed the Goods and Services Tax Bill 2017.

By passing it,the Assembly paved the way for the GST to become effective from July 1.

The one-day special session of the Assembly was convened to take up the Bill and approve it.

Jharkhand Urban Development Minister CP Singh placed the Bill and it was passed by the voice vote.

While the ruling BJP managed to get the Bill passed making Singh to make a statement about it,opposition leaders put up protest against the Das government.

At Birsa Chowk,leaders of opposition parties-JMM,JVM and Congress held ‘maha dharna’.They demanded CBI probe into the murder of  Ex Deputy Mayor of Dhanbad Neeraj Singh,raised slogans against amendment in the CNT-SPT Acts and problems of law and order and shortage of electricity and water in Jharkhand.