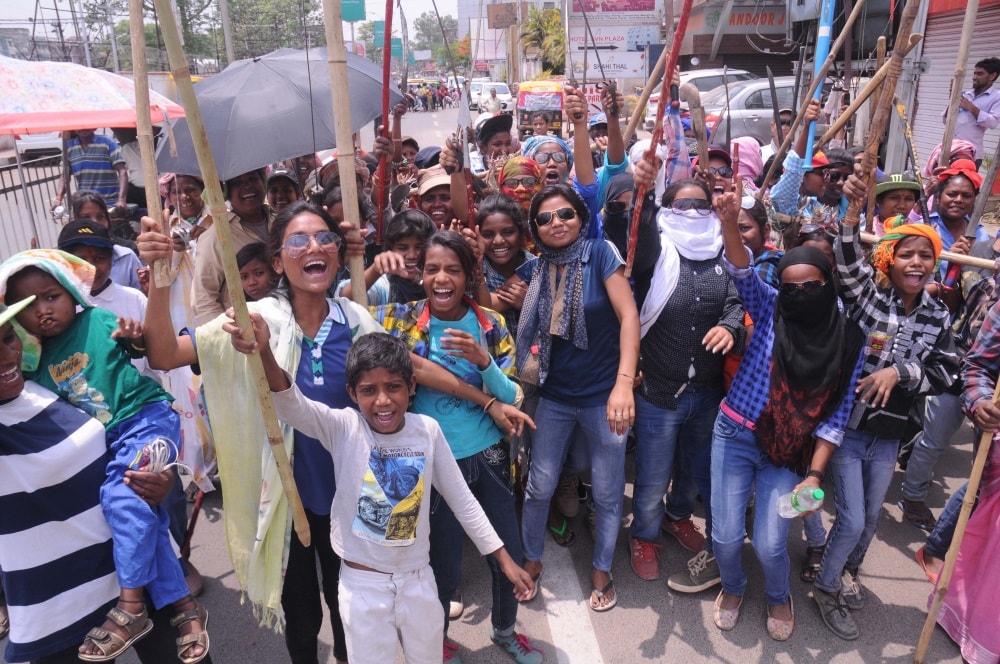 The third day of the Jani Shikar had a mixed reality in Jharkhand.

In between Rahe and Sonahatu block in Ranchi,the truck carrying tribal women,who were attired as men and were armed with traditional weapons and who were set out in a group to hunt wild animals and birds,met with an accident.Result?

Nearly,one woman died and  30 others were injured.They were undergoing treatment at Ranchi based RIMS hospital.

Alongside,many other tribal women were spotted participating in “Sendra and Jani Shikar”, a traditional tribal festival celebrated across Jharkhand by tribal communities, outskirts in Ranchi on Monday.

The legend has it that this tribal festival, Jani Shikar, takes place every 12 years, where Oraon women leave their homes on a hunting spree to commemorate their victory against the Mughals in the past.