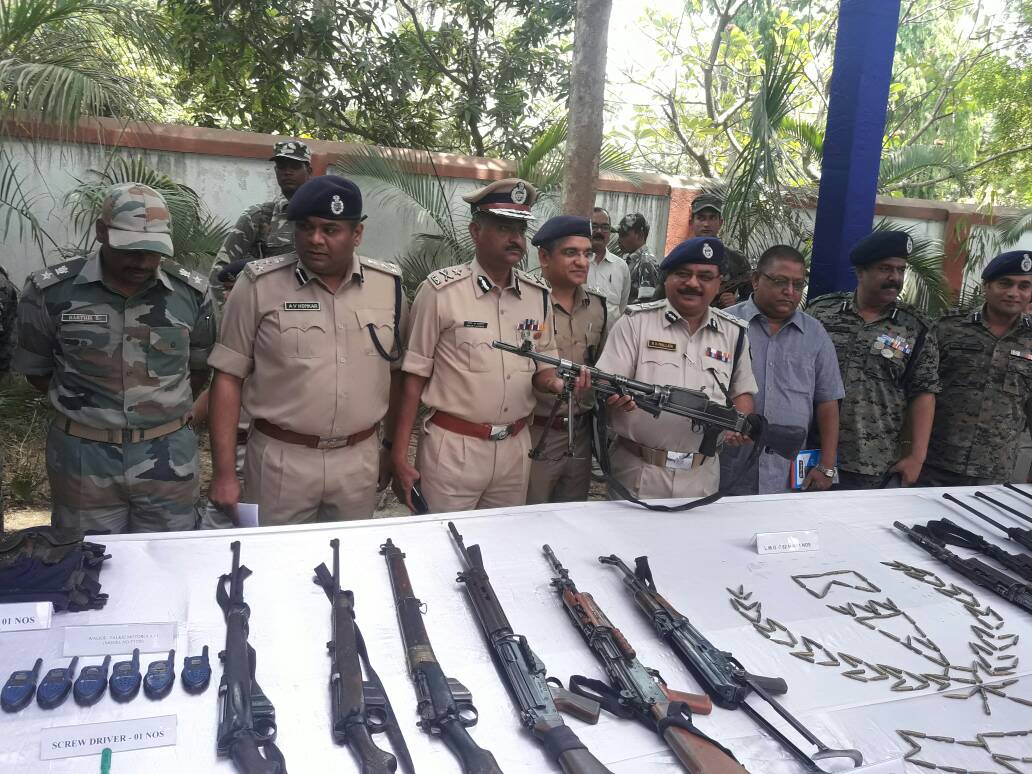 These recoveries were made by a group of CRPF,Jharkhand Armed Police and other personnel in a joint operation inside forest area in Lohardaga.